I found both of these scorpions when I was called out to a job in Rimrock so I thought this would be a perfect time to show the visual difference between the two. It is very easy to confuse the two types of scorpions. The physical size of both of these scorpions was almost identical. The easiest way to distinguish the two is by knowing their separate physical characteristics. If stung by either species it is good to save the scorpion if possible for proper ID and call the Poison Control Center and your doctor. Scorpion stings are rarely fatal however you may be allergic to the venom and could experience life threatening side effects after being stung. I have found both of these species all over the Verde Valley but have found the Bark Scorpion to be most common in Sedona. 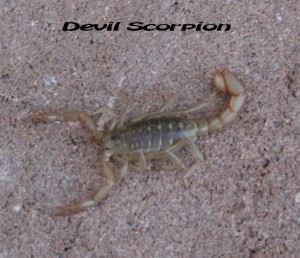 Stripes on the tail 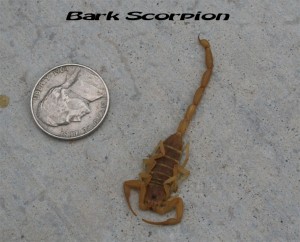 Stinger has a secondary smaller barb on it

Pest Control in Sedona and the Verde Valley

Got Bugs? Arizona Bug Company can Help! We'll help you get rid of:

We are certified to do Termite Inspections

Pest Control in Sedona and the Verde Valley